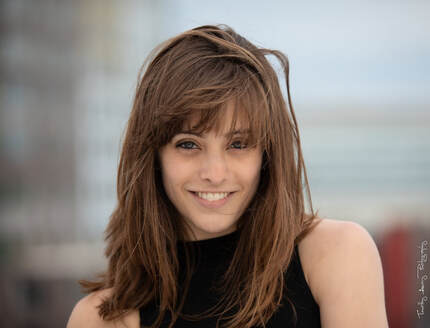 KRISTIN C. WAGNER is a movement enthusiast living, learning and growing in Boston, MA. Since 2012, Kristin has been creating and performing with a number of local contemporary dance theater companies and freelance choreographers, in addition to working as an educator and arts administrator within a number of Massachusetts dance institutions.

She currently performs with KAIROS Dance Theater, for whom she serves as Rehearsal Director and Principal Dancer, and Peter DiMuro/Public Displays of Motion. As “Decent Dance”, Kristin - with partner Tony Guglietti - creates accessible contemporary performance works that dabble in comedy, dramedy, and all things silly, sweet and true. Independently, she has a bit more angst. Over the last decade, Kristin has had the honor of performing on stages at Jazz at Lincoln Center, the Boston Center for the Arts, the Isabella Stewart Gardner Museum, Jordan Hall, The Dance Complex, and Green Street Studios, among others. Her choreographic work has been presented across the Northeast, including at Starlight Square, the Salem Arts Festival, Boston University, The Dance Complex, Lincoln Center, Tufts University, Harvard University, AS220, the Boston Center for the Arts Mills Gallery, and the Maine International Film Festival, among others.

Kristin is passionate about supportive, rigorous, and eclectic dance education, and has shared her movement philosophies with students ranging from youth to adult in competitive, pre-professional, and collegiate environments across Massachusetts. She is currently on faculty at Free Form Dance Academy, Développé, New England Conservatory, and Wilmington Dance Academy. In 2021, Kristin became a Yoga Alliance Certified RYT-200 through Jenny Lane Yoga. Her dance and movement courses are greatly influenced by the art and science of yoga and yogic philosophy, and her yoga practice is deeply informed by her experiences as a performing artist. In both forms, Kristin is guided by the belief that authentic, uncensored movement can be a pathway for personal growth, authenticity, and healing.

Kristin has worked extensively in arts administration at major dance-based organizations in Boston, most notably The Dance Complex, KAIROS Dance Theater, and Peter DiMuro/Public Displays of Motion. As the Creative Director of the self-founded Lady BOS Productions (2018-2020), Kristin supported the development and sustainability of local, independent dance and performance art through fundraising consultation, production planning and performance opportunities. For three seasons, Lady BOS Productions’ signature event, ...that’s what she said, provided support for dozens of femme-identifying artists through community outreach programs, peer-mentorship, interdisciplinary arts experiences and performances. In her administrative work, Kristin is guided by the mission to make the experience of movement more financially, emotionally, intellectually, and physically accessible for students, performers, and audiences alike.