​I was raised in the Christian faith, specifically as a Congregationalist, which is a sect of Protestantism. Though each faith has its own language to describe a basic code of morals and ethics, I have always believed the most concise summary of them all comes down to this simple statement that most of us learn in kindergarten or earlier: do unto others as you would have done unto you. The Golden Rule. When I began to fall away from defined religion, I turned more and more toward this simple instruction. When I began Yoga Teacher Training, this rule was even further condensed, for me at least, to just one word: ahimsa.

Ahimsa is one of the five yamas that make up the first limb of the eight limbed path of yoga. Though yoga is not a religion, it is a deeply spiritual practice, and the eight limbs of the yogic path are a guideline for how to achieve spiritual peace and fulfillment. The five yamas describe the morals and ethics that individuals should utilize in their relationship to the world around them on their quest for this peace. Ahimsa is the concept of non-violence, or non-harming. Ahimsa requests that we offer compassion and grace toward all living things, including ourselves. Because the basis of yogic philosophy maintains that all living things are connected by a universal consciousness, the theory prevails that in not harming others, we protect ourselves, and in not harming ourselves, we protect others. Thus, the Golden Rule is personified in one simple, beautiful Sanskrit word.

For most of us, I believe it is fairly simple to acknowledge that we should not cause active harm to those around us, or to ourselves. As our country continues to recognize past and current injustices, I believe it is easy for us to excuse our behavior based on what we are, or are not, actively doing to cause harm. It also becomes easy to pass off blame, or to consider certain injustices to not be our personal fault or responsibility. However, I believe it is vital to recognize that though we do not individually bear the weight of the world’s evils, we do collectively share in the societal burden of righting wrongs. We may often think of “not harming” as not actively participating in violence, destruction and abuse, but there are many ways to cause harm through inactivity. If we are really seeking to live the principle of ahimsa, we must intentionally change our behavior and our mindset to reflect a life of both active and passive peace.

With all that said, I feel it is important for me to note here, publicly, the following simple statements: 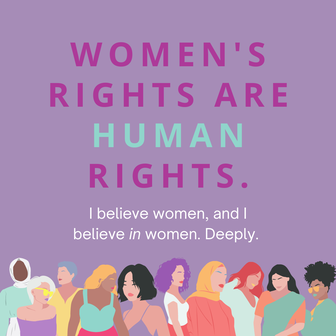